Home How we help Our impact Stories Anz’s story 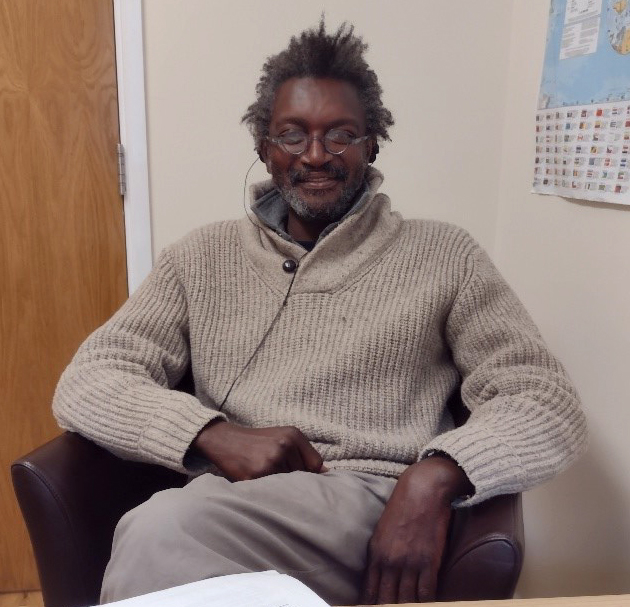 Talented poet Anz moved to Norwich in 2010 and lived with his partner and two children. Things didn’t go to plan; the relationship ended and Anz found himself renting a property in Norwich on his own.

“I was fairly well to do, I was a director of a company so I rented for a while before I then decided to buy my own property.” said Anz, who shared custody of his children in his new property.  The business started to struggle and so did Anz… juggling a house, business and his children became more and more challenging. The business fell apart which left him in debt and he had no choice but to close the business. “I thought I had my drinking under control- after this, it spiraled.”

Anz had a few jobs here and there in an attempt to pay his mortgage. Some of the jobs were at a high level, such as a managerial position in adult social care and a sales job selling solar panels. However, Anz’s drinking habits would get in the way and he continued to lose jobs.

“I drank because there was a hole in me, I regretted losing my children and my partner so I just drank more and more.”

The most shocking episode for Anz was when he was sleeping in Debenhams doorway and his ex partner and children were walking through the city. He hid under his blanket, he did not want them to see that he was rough sleeping.

“I joined forces with a friend. We were both receiving housing benefits. My benefits went straight into my account and then I made sure the money went straight on the rent I assumed my friend was doing the same but it turns out he was not paying his way. We had gone to the shop, came back and the landlord had changed the locks with all my belongings inside.” The council helped Anz retrieve some of his belongings back and took him to the Somewhere Safe to Stay Hub on Recorder road run by St Martins, in April 2021 for five nights.

Anz was then moved to Bishopbridge house, another of St Martins services. He stayed there for 3 and a half months, he thoroughly enjoyed his time at BishopBridge House, however due to his drinking habits, he was transferred to a service in Norwich to rehabilitate him from drinking. This failed due to the expectation to stop drinking too quickly. He said,  “I was sick so so sick, hot and cold, shooting pains down my legs I had insomnia and nightmares”.

Anz has recently struggled and has now found himself back at the Somewhere Safe to Stay Hub. But he is determined to get back on his feet. He is inspired by writing poetry and is keen to enroll in a course to become a social worker. He said, “I need a five day a week course, something to keep me engaged and busy so I don’t get distracted. I’ve got a master’s degree in mathematics!  I need to be engaged and challenged then the drinking will stop.”

“I didn’t drink yesterday, and I wasn’t going to today but, I was outside watching the clouds thinking then someone came and spoke to me and ruined my flow. I can go 3-4 days without drinking if I want to but my insomnia eventually gets in the way.”

Anz explains how extremely grateful he is for St Martins and how in the future he is very eager to become a part of St Martins. He would like to bring his knowledge and experience he gained from homelessness, to help other people experiencing homelessness in our community.

I saw my ex-partner and children walking through the city, I hid under my blanket.