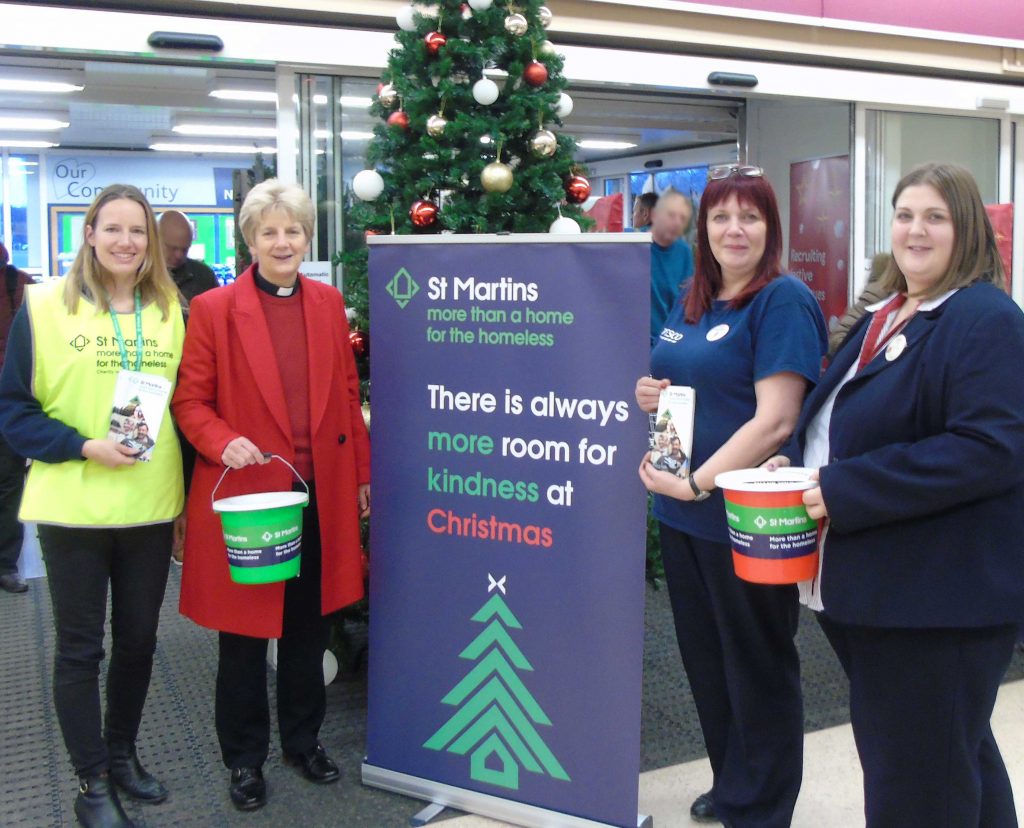 As Christmas approaches, we have commenced our appeal as dozens of volunteers take to the city’s streets and local supermarkets to raise vital funds for vulnerable people.

At any one time the Norwich-based charity supports around 200 people and they rely on the public’s generosity to fund their work. Dr Jan Sheldon, Chief Executive of St Martins said, “While the government has made significant commitment to ending rough sleeping by 2027, we think this is not ambitious enough. Given the average life expectancy of a man on the streets is 47, many of the people on the streets now will not be alive in a decade. We need to act now.”

The charity intends to make the most of the busy shopping period in the run up to Christmas. Last year, an incredible £29,000 was raised during the month of December and every penny collected goes directly to support homeless people in Norwich and Norfolk. St Martin’s patron the Dean of Norwich the Very Revd Jane Hedges has urged the community to support the charity, which was founded over forty years ago by Dean Alan Webster. She said, “At Christmas as we remember Mary and Joseph who found themselves homeless at the time of the birth of Jesus, this is a particularly good time for us to be reaching out to those in the same situation in our world today”.

Dr Sheldon said, “We know that local people want to respond to the homelessness crisis they see around them and I urge them to give generously so we can support people in our community who are struggling. The money raised really does make a difference. It enables us to do more and our focus is to offer more accommodation to address the need for bed space.”

Volunteers will be collecting for St Martins throughout December in Norwich city centre and at supermarkets throughout Norfolk, collecting cash and also, for the first time, accepting contactless donations.

If anybody is able to give an hour of their time between December 1 and 23 to assist with the collection, please Gill Williams at gillianswilliams@aol.com or on (01603) 438766.