Home How we help Our impact Stories Connor’s story 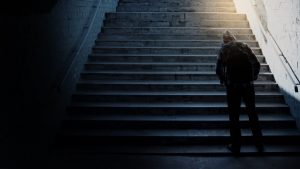 At this time I felt really low. I suffer with mental health issues and am diagnosed with depression and anxiety. I was drinking too much, smoking cannabis and I got into the wrong crowd. After Bishopbridge House, I moved into a group home with St Martins but I was still doing the same; drinking too much and being alcohol dependent.

I stayed in the group home for eighteen months and they helped me gain my own council tenancy. I moved into my own flat in April 2016. Although I had my own flat, I was still drinking a lot and feeling low. I hadn’t been going to my probation appointments and I got a suspended sentence for breaching. I started working with the Intensive Resettlement Team in July 2016 and since them I feel a lot better about myself. I have not missed any probation appointments as I do not want to let myself or my support worker down. I have been working well with them and also with NRP.

Since being supported it has given me a reason to do things. I am now coming off alcohol and only have two cans a day. My goal is to be clean and get a job and a relationship in the future. I am feeling really good about myself at the minute and am fighting through temptations to drink.

I am managing my flat and learning to keep on top of all my bills and responsibilities.

Without the support of the intensive Resettlement Team I think I would have been kicked out of my flat, still drinking a lot and in prison for breaching probation. In the future I am looking forward to meeting a new group of nice people and living life without alcohol.