Home How we help Our impact Stories Ian’s story 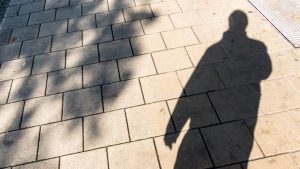 Ian is 43 years old and has a history of being arrested for disorderly conduct; a behaviour pattern that was aggravated by long term homelessness, mental health problems and dependency issues.

Ian was referred to Magdalen Road, which provides support to people who are ready to move on from residential placements and hospital stays.  Initially, intensive support was directed at introducing stability and security to Ian’s life with the hope of bolstering his self-worth. This was done by assisting Ian to engage regularly with his GP and drug and alcohol services so his dependency issues and mental health could be addressed. Ian was finding it difficult to meet the new criteria surrounding the maintenance of his Employment and Support Allowance (ESA). The anxiety created by this was having a negative impact on his mental health. Over the course of six months, an appeal was raised challenging the decision to withdrawal Ian’s ESA, and at tribunal Ian’s ESA was reinstated.

This stable platform enabled Ian to address his dependency issues, and he reduced and stopped his diazepam prescription, further increasing his sense of self-worth. Ian was then able to attend a medical to have his driving licence given back to him. At first, the medical was failed on mental health grounds. This decision was challenged and another medical was carried out, which resulted in Ian receiving his driving licence back.

Over the last three months Ian has been reducing his Subutex prescription and has a target date to be clean. This will mean that Ian will be free from all prescription drugs for the first time in years. Ian has addressed the rent arrears he owed to Norwich City Council, and is bidding for properties on their choice based letting site. He hopes to have his own flat soon.

Magdalen Road gave Ian the secure foundation needed to help him build his self-worth, thus giving him the confidence he needed to address the underlying causes of his offending behaviour. This is demonstrated by the fact that Ian has only been arrested once for disorderly behaviour in the last 26 months. The cost benefits for this type of intensive support, to the criminal justice system and other professional bodies are self evident. It is easy to give someone a bed, but what St Martins works hard at doing is giving individuals a reason to get out of it.

It is easy to give someone a bed, but what St Martins gives people a reason to get out of it.