Home How we help Our impact Stories James’s story 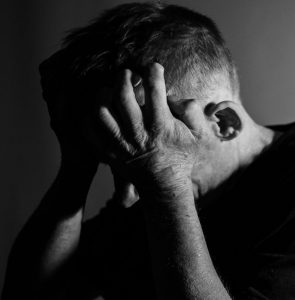 James came to Highwater House in 2013. He had lost his tenancy in the community due to excessive noise and neighbour complaints, had become homeless and was using the night shelter before being referred into the service.

James had a high risk assessment with a long forensic history for ABH, theft and violence and had spent many years revolving between prison, failed tenancies and the psychiatric wards – due to the risk he posed he would not be accepted into other residential settings. He had a diagnosis of paranoid schizophrenia and a history of self-injurious behaviour and suicide attempts through overdose. He was drinking heavily and chaotically and was using street drugs.

James initially presented as very aggressive, he would often make extremely volatile statements to the staff and threaten them with violence, he was untrusting and drinking heavily.  Over the following months staff befriended James and gained his trust as well as some insight into his past. With strong boundaries and a consistent team wide approach James became settled at Highwater House and his physical and mental health became increasingly stable. Over this time it became apparent that James suffered from high anxiety and that his extreme levels of aggression and alcohol consumption were coping strategies from his time on the streets. As James became more trusting and open throughout his placement at Highwater, and with intensive modelling by staff, his need for these mechanisms reduced until he became fixed in a much more ‘normal’ pattern of behaviour.

James began to discuss wanting to move on from Highwater in mid 2015. He was helped by staff to access the right services and to visit some potential projects. He moved into a supported tenancy in early 2016 and has been able to cope with independent living.