Tiffany felt she never had any value, but now she has a certificate which proves she does. The certificate was awarded to Tiffany by Robert, who runs an art group at Highwater House, one of St Martins services.

Highwater House provides residential care for people with addictions alongside a mental health condition, all of whom have been homeless at some point in their lives.

Residents at Highwater House, including Tiffany, have experienced trauma in the past and were often left feeling worthless, helpless and frustrated. Activities such as art help them to relax and tap into creative abilities they didn’t even know they had.

The art group at Highwater House was set up by Robert, who works at the home as a cook. Some residents approached the group from a negative point of view, not believing art was something they could do. However, 11 out of the 22 residents have created some art work this year, some with the support of Robert, and all were invited to enter a piece into a competition at the home.

Some residents find that belonging to the art group gives them time to rest their minds from everyday problems. Other find it helps to focus their minds and one of the winners of the competition, Justin, has found himself planning future artworks he wants to create.

Robert asked residents how they feel about the art group casually, without making them feel ‘tested’ for the right answer. The word cloud below shows their responses – the word ‘value’ kept cropping up. 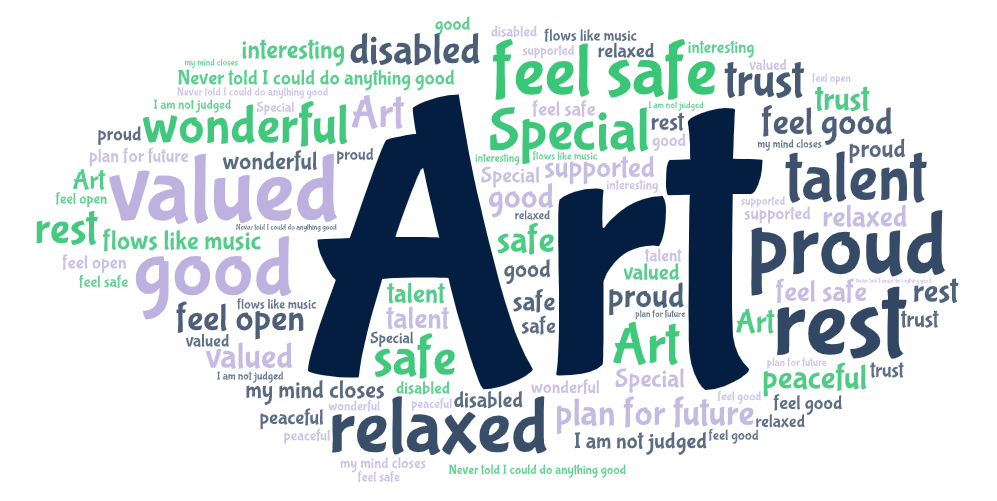 The contest was judged independently, by team members in another department of St Martins. All entrants received a certificate and a prize – something that Tiffany has cherished. Congratulations to the joint winners John and Justin.

Group members enjoyed the experience of exhibiting their artwork and there is the desire to do more. John has since finished another picture that he has worked on for several weeks, and he is proud of the finished picture ‘Fireworks over Norwich at Night’ [pictured below]

Robert said, “I can’t believe, with a little help, John would ever make this picture. He has come on so much, from a man who would never engage to now being the ‘creative master’!

Robert is proud of the progress all of the residents have made and of their enthusiasm to keep going with the sessions.

Another resident said, “When doing art, my mind closes to my problems and the art flows, like music. I find it a peaceful place when I can create.” 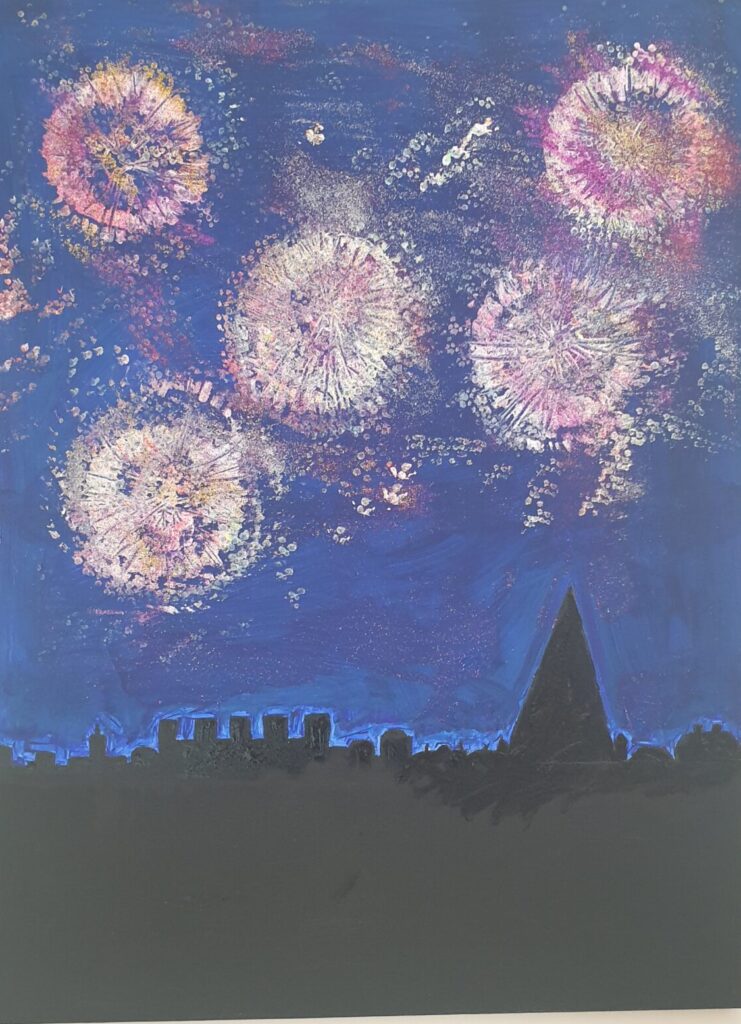