Home News This is Me: Chris chooses St Martins to benefit from his album launch 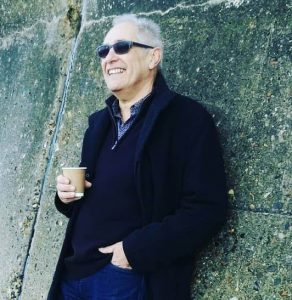 Local musician Chris Jennings launched his album in Norwich this month – and gave the entire proceeds of the night to St Martins.

The launch of Chris’ album This is Me took place at Norwich Puppet Theatre, which used to be the location of the Night Shelter in the early 1970s in the redundant church of St James.

About a hundred people attended the event and 42 albums were sold on the night, resulting in a total of £325 raised for St Martins. Chris wanted to use the event as an opportunity to benefit other people. Homelessness is a cause Chris feels strongly about, and his son Tom works for St Martins.

The album This is Me was an idea Chris had about a year ago to celebrate his 70th birthday. Chris said, “Having hardly played any music since playing in bands in my teens and releasing just one record as a solo singer in 1967, I decided that instead of throwing myself out of an aeroplane without a parachute – or whatever it is a lot of people do to celebrate these events, I would write – having never written a song in my life – and record an album featuring a song for each month of the year and then perform the songs to an invited audience.”

It was a family affair on the night as Chris took to the stage with his son Tom on guitar, bouzouki and vocals and his daughter Laura on guitar and vocals.

It was a terrific night and the reaction to the live performance and the record has been amazing.

If you want to have a listen the album is available on spotify, itunes, and amazon