Helen and Sophie work for St Martins, based at our hostel on Dibden Road. They undertook an extreme challenge in September of attempting the Three Peaks Challenge in just 24 hours. They have raised over £400 and are consulting with the residents at Dibden Road about what they should spend the money on to benefit everybody who lives there.

They are back, with aching legs but with smiles on their faces. Here is how they got on…

On Tuesday 24th September, we arrived at Fort William train station at 8am to meet our team and our Challenge leaders, and it was immediately clear that this was no sort of challenge for the faint-hearted. We were issued with our bands that denoted the number that we would be referred to for the next 24 hours, and after a stringent kit check we were given the brief on the minibus of what was expected of us whilst completing the Challenge. Feeling more like we were in SAS Who Dares Wins, the ex-military staff left us under no illusion that this was a serious task ahead, and we were not to be underestimating the physical or psychological demands. 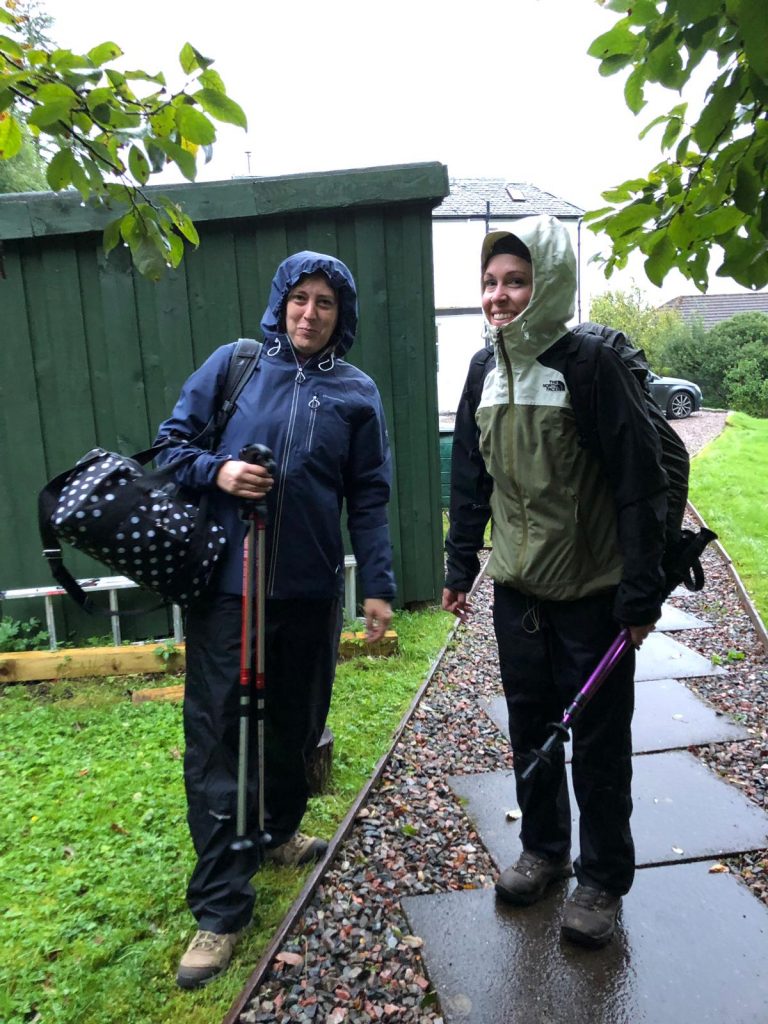 We were quickly whisked away to the foot of Ben Nevis and there began the sub 5 hour ascent and descent that was required to be allowed to partake in that part of the challenge. The ascent was speedy and involved having to jog short spurts of the path to keep up with the front runners. The temperature dropped rapidly towards the summit to 0 degrees which meant that time at the top was limited to a quick snap [see above] before a fast paced descent. No time was even allowed to change clothing in line with the weather conditions, so the art of undressing and re-dressing on the move was soon perfected!

Back to the minibus for the 5 hour trip to Scarfell Pike. Unfortunately adverse weather conditions and road diversions lengthened this leg of the journey which put extra pressure on for the speed to ascend Scarfell Pike. At this point the skies had opened and the rain was relentless and unforgiving. The steams had turned to small rivers and we were required to negotiate the way across these in the pitch black with just a head torch for guidance. The pathway was steep and slippery making for a gruelling 3 hour ascent and a precarious descent. Or bodies were weak on returning to the base, and a number of us were physically sick from pushing our bodies so far.

Back in the bus by midnight and another long drive before we reached Snowdon. At this point, we were told that the group would not be able to complete the challenge in the 24 hours as we had been slowed again by the rain and traffic. Nonetheless, the group tried to keep morale up and so began the traipse up Snowdon.  Unfortunately ill health at this point prevented us from reaching the third peak and we had to admit that we had simply pushed ourselves as far as we could. It is with so much disappointment that we did not accomplish the whole Challenge in the allotted time, and we salute anyone who has conquered this mission. Only 3 of the 13 in our group made the third summit showing just how immense this Challenge was.

We do however feel incredibly proud of what we did each achieve and we thank everyone that has donated so far as we have raised a fantastic amount of money for our residents.

As for the mountains, we’ll be back to take them on – if we can ever move our legs again!