Home News Joe’s story of homelessness: ‘You still have morals, and it is what keeps you human’ 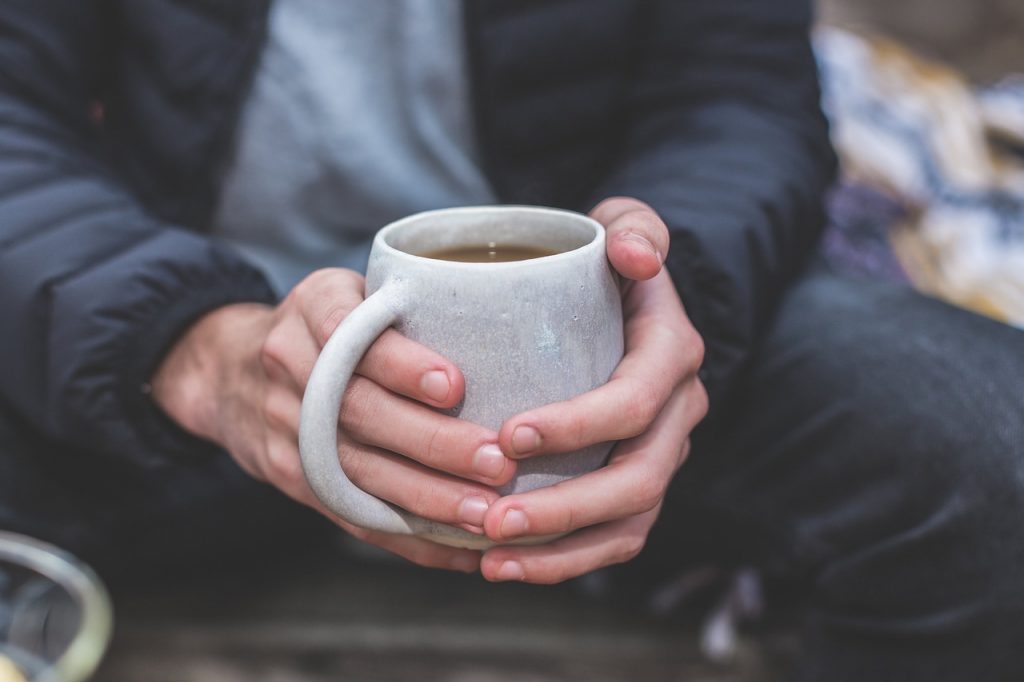 When you see a person who is homeless, particularly those who are more visible on the streets, it’s easy to make assumptions about how they got that way, perhaps how they made certain life choices. But how often do we think about the story behind that moment and what circumstances led another human being to end up in such a dire situation. If you could glimpse into their lives, what would they tell you?

Joe is 28 years old. He is currently living at St Martins’ Dibden Road hostel which provides short-term housing and support before residents move on to more independent accommodation. It has been a challenging journey, by his own admission, to get to the point where, with the help of the charity and his own determination, he is potentially looking at a new chapter of living independently and drug-free. Potentially, because it’s often a rollercoaster journey from being homeless, possibly recovering from addiction and finding a more stable path. Many people stumble along the way, go back to the beginning before stepping forward again. That’s why the support of charities like St Martins is crucial.

Difficult family circumstances, including his parents’ mental health difficulties, meant by the time Joe was in his teens he had moved all over the country. Here he speaks about his journey which eventually led to becoming homeless and finding hope again.

‘’Mum and dad split up when I was 14. Dad had a breakdown and then my family split apart so my family were not a family anymore,’’ he says. His childhood years were first spent in Newcastle but he ended up moving all over the country before coming to Norwich in more recent years.

‘’I have moved all over the place, different houses and that. At first I moved down south. I was sort of growing up and living with mum and sometimes my dad. He was bi-polar and she is physically disabled and mentally too. They have both been sectioned a couple of times. They didn’t always have the ability to look after the kids and, at one point, it got to that stage but I was older in life, like a teenager, but my sister was just about care age. She ended up going to care for about a year. Say she was about 13 or 14.’’

One place the family lived was in Chelmsford. Joe remembers living in women’s refuges for a while.

‘’My mum ended up getting a council place in Chelmsford. My dad was still living in the same place; I contacted him a year later because we had just totally cut contact after the mental breakdown. I got back in touch with him, I was a little older so I understood mental illness a little bit, I looked at some of the things that happened differently,’’ he says, but by this time Joe was 16 and had ended up living in hostels.

‘’When I was 16 I was constantly in hostels, I haven’t had a council place or anything. I have had a couple of relationships with older women and stayed with them but they were never going to go anywhere, they were like dead end relationships in life. I’m only 28 and my girlfriend had three kids. I knew it weren’t going to go nowhere, after three years I ended up in prison. Me and my dad had a fall out and he had a heart attack and took really ill.’’

Although initially Joe had tried to remain positive about the future, his relationship with his girlfriend had broken down after ten months inside prison. Things took a down turn as he left prison and was living homeless in Ipswich.

‘’We were planning loads of things but knew it wouldn’t work. I wanted a family of my own. She did the right thing but it left a gap in my life and I filled it with my heroin use. I just came out of jail and got stuck in that same life I was in. For a brief couple of days I turned it around but then everything went down again. During sentencing, everything was positive, everything was going up, my drug habits were sorted, I wasn’t using heroin at the time.’’

He says he felt he had a blank canvas in life but it felt like a gap, ending up filling the void smoking spice, which turned to heroin and then to crack and heroin. One day he upped and left Ipswich on the last train to Norwich.

‘’That’s when it was quite bad for a year or two, all that begging and drug culture is dying down a bit. It’s degrading making the money (begging), you have a sense of morals, you don’t steal but that’s what begging feels like, that’s not a nice thing to be doing. Recently I only saw one beggar in the city, that’s one of the first times I have ever seen that.’’

He believes it is easy for people to make judgements about those who are homeless and have turned to drugs; he himself once made the same judgements.

‘’I regret what I said about addicts before; I looked down on addicts, like some people do to us now, I’ve not hooked up with drugs, I don’t enjoy them anymore. I smoked a bit of cannabis but that’s just to stop me injecting heroin.

‘’People need an eye-opener to realise how serious the cluck is (heroin withdrawal). It’s an intense moment in time this person is going through, he might look out of his head in that doorway but he’s not, he’s seriously going through a really uncomfortable process and would put a bullet in his head to stop it. It’s human instinct that people sometimes end up robbing for it or begging for it. You don’t rob old ladies, you still have morals, and it is what keeps you human. Having those morals is what you hold on to.’’

St Martins helped Joe on a number of occasions, he says ‘they picked me up off the street a few times, they have been brilliant’. He initially went through the Bishopbridge House hostel which provides a key worker system and helps with life skills and education.

‘’I was in Bishopbridge, but I went to a dry house for two months first. I relapsed twice while I was in there and I was always honest every time I had anything, I stepped back and then into Bishopbridge again. I then came here to Dibden and this place is brilliant, nice and quiet, it’s the right thing I need at the minute to move forward in life, try and get settled, try and get a council place. Probably best to do it on my own, just to see if I can make a life and I’ve got my own little base, I’m hopeful. This is the furthest I have come. This is the place where I move on.’’

Joe was speaking to Syreeta Lund, who volunteers for St Martins.