Robert, 36 is a marine biologist. In recent years he has suffered ill health, bereavement and depression and he was diagnosed with diabetes. Robert is a keen skater but suffered from knee and back problems so was unable to exercise safely. Robert is currently homeless and lives at one of St Martins’ services.

Robert’s support worker thought he would enjoy and benefit from some time with a personal trainer. St Martins was awarded some lottery funding to support people’s wellbeing during the covid-19 outbreak and some of the funding has been allocated for personal training sessions. 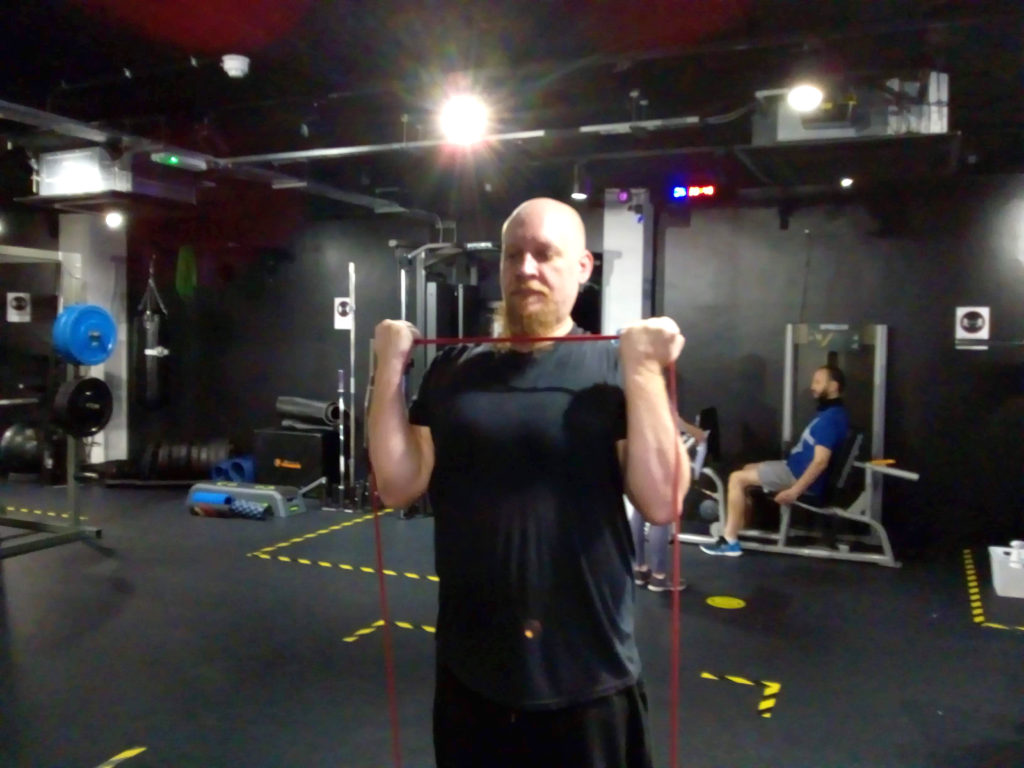 Robert met with Marcin, a personal trainer from Norfolk Health and Fitness, who is working with St Martins on the project.

Robert has been to gyms before but hasn’t always felt comfortable there and doesn’t enjoy the traditional ‘gym’ setting. He said, “One of the aspects of gyms and personal trainers that has often put me off is that many trainers are more on the ‘trying to be alpha male’ side of life. They approach training people in a very aggressive and militant manner. Often they force people to go further, work harder and push past the pain barrier. While this may work for some, it can often be intimidating or outright offensive.”

Marcin is not like this. He uses a mixture of positive affirmation and a healthy respect for what a person is physically capable of doing at that stage of their life. However, Robert said, “That is not to say he doesn’t push us to our limits. It wouldn’t be a gym workout if we left feeling fine – I’m currently aching all over!” Marcin has devised a program tailored to Robert’s needs, including a plan of exercises that he can follow at home when the sessions come to an end.

Robert is attending the sessions with his housemate Dan.  He said, “As I am currently overweight with the goal of losing weight while increasing muscle mass, and Dan is currently underweight but also wanting to increase muscle mass, Marcin has shown great skill in teaching us both at the same time. His focus is far more based on using our own body weight to improve muscle structure than that of using gym equipment. He’s been very informative on the nutrition side, especially for Dan on how to learn to eat better foods to obtain his goals.” 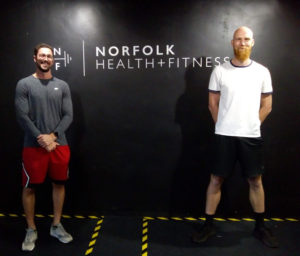 Robert can empathise with people who suffer from social anxiety; walking into a city-centre based gym on your own is difficult for some people. Robert said, “I can also imagine that some might find Marcin slightly intimidating at first – he is 6ft 9 – but I doubt that would last very long after chatting with him!”

Marcin recently revealed his personal experience of homelessness on social media. He said: “Working with those guys fulfils my desire to make people in this position feel humanised, and treat them in a way I wish I was treated when my life was at the similar point.”