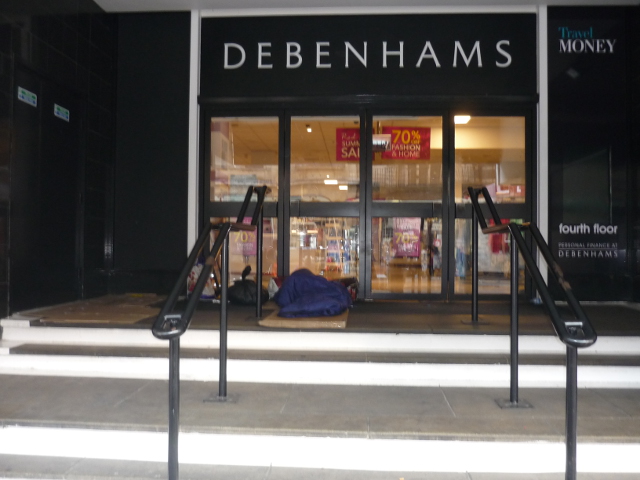 Official figures for rough sleeping show that numbers in Norwich have fallen in the past year, with a reported 21 people sleeping rough in Norwich last November, significantly fewer than the recorded 30 in the previous year.

According to the latest figures for England and Wales that were collected in the Autumn of 2018 and released today, 4,677 people are estimated to be sleeping rough on any one night.

Chief Executive of homelessness charity St Martins Dr Jan Sheldon said, “It is positive news that the number of rough sleepers in Norwich has reduced. There can be little doubt that this is a result of the hard work and commitment of our team, other local charities and local councils. However, there is no room for complacency; the numbers remain too high. We need to remember that behind each statistic is a person who is in crisis and is likely to have a range of complex needs that require long term support. Rough sleeping is the strongest possible indicator that something has gone seriously wrong for the individual”

The count, which is conducted nationally by local authorities on a single night in November, includes people sleeping or about to bed down in the open air or in places that are not designed for habitation, such as stairwells and cars. Across England and Wales the number of people sleeping rough has risen by 165% since 2010.

The Pathways service, commissioned by Norwich City Council in 2018 aims to reduce the number of people rough sleeping and supports people with complex needs. Its unique approach combines the expertise of seven organisations into one team allowing rough sleepers to access the elements of the service most appropriate to offer the best chance of long term stability.

“While we would rather see nobody sleeping on our streets, it is encouraging to see the significant reduction in this year’s number.

“Vulnerable people are most affected by central government cuts to funding and services, and tackling issues such as rough sleeping needs collaboration between all organisations involved at a national and local level.”

Dr Sheldon said, “An important part of our work at St Martins is preventing homelessness in the first place. Every night on the street is a personal tragedy for someone and we work hard to prevent this from happening. Despite the declining numbers reported in the street count, we see new people arrive on the streets every week and work really hard to find them suitable accommodation. Norwich is bucking the national trend by reducing the number of people sleeping rough, a big part of which is due to the impact of the Pathways service. However, we could not reduce the number of people rough sleeping without the generous support of local people who donate to St Martins. This support enables us to set up new services to respond to the current crisis.”